Today we visited a dairy farm and learned a lot about cows. 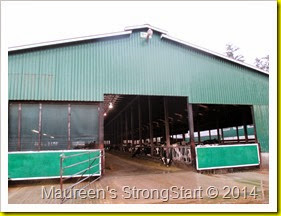 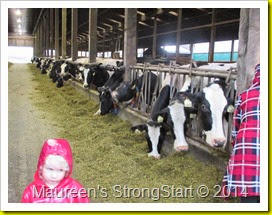 The cows were waiting for us as we entered the barn.  There are just over 80 milking cows on this farm.  They are milked early in the morning and later in the evening so we didn’t have an opportunity to see that. 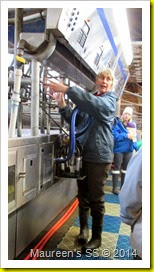 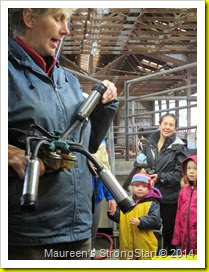 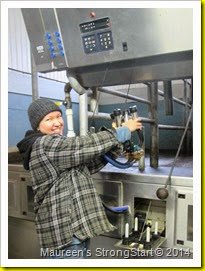 But we did see the machines that are used to milk the cows. 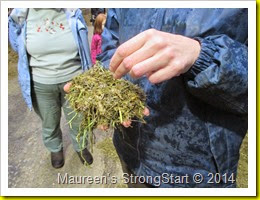 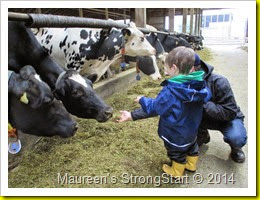 We learned about the silage that is fed to the cows and tried to hand feed
a few but they were nervous. 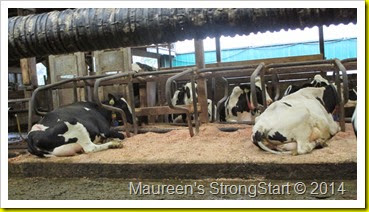 We learned that it’s important for the cows to lay down for about 16 hours
during the day to help their blood circulate better. 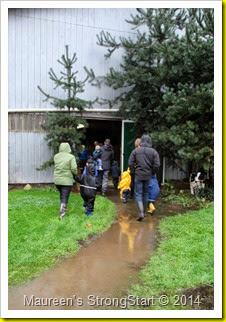 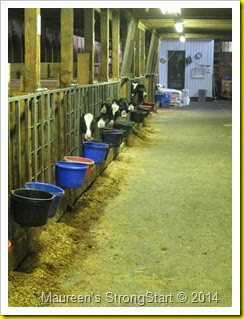 We visited the calf barn and saw the newborns.  The youngest was born on October 19th.  They were skittish and would jump back and kick the wall if we moved to fast. 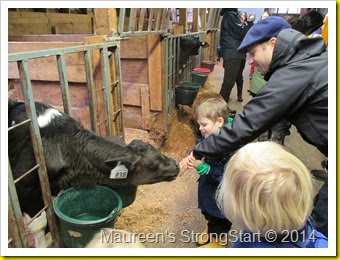 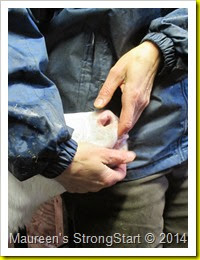 When they did get close we realized that they all still try to suckle. 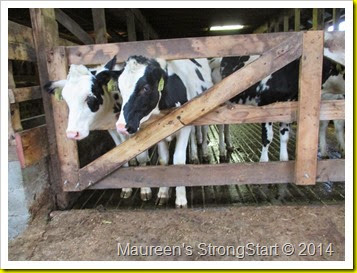 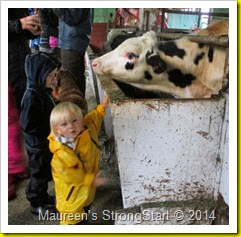 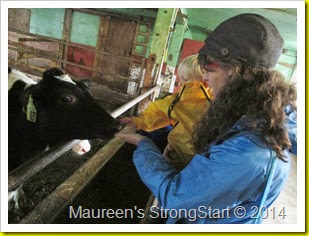 We saw the teenage cows and the children's confidence and curiosity was growing.  It was wonderful to hear the cows moo and make that real life connection with what we read in books. 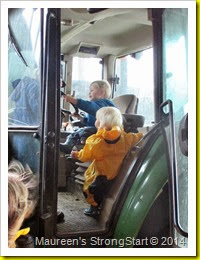 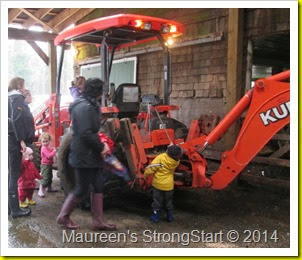 But the most exciting part of the whole tour were the tractors.
We were able to climb inside and pretend to drive. 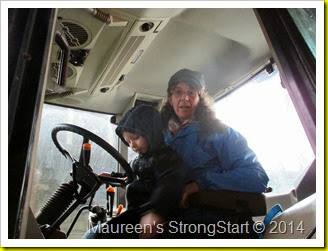 Posted by StrongStart at 8:44 PM No comments: