I've been away from blogging this week as I've been busy
visiting with my daughter and
playing with my grand daughter. 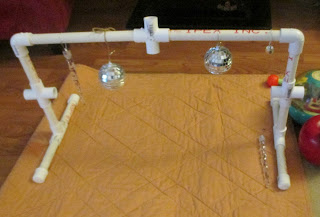 During the week I brought home the PVC pipes that we used at school
and built an activity centre. 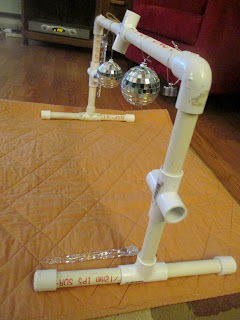 I also brought home a few mini disco balls that I had
bought at Christmas.
And two icicle lights that I had hoped would change colours
but were only blue. 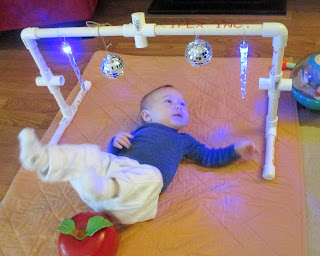 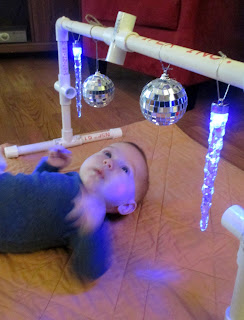 I tied the first disco ball on the pipe before I realized I could slip them on.
But we discovered that the it spins better when it hangs lower. 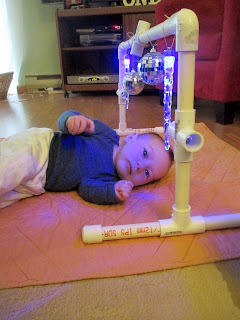 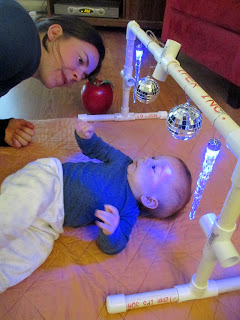 It's been an exciting week watching, singing, playing and cuddling.