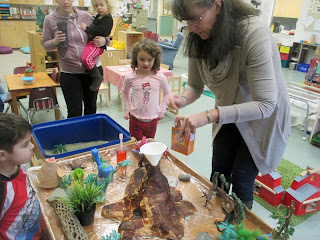 We've been back at school for almost two weeks and the chilren
have been excited about the volcano they built before the holidays
started. 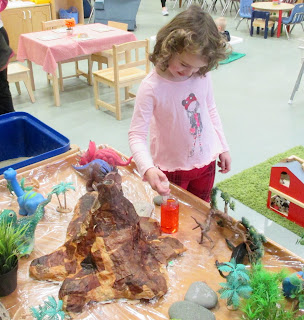 The first week back we started with working together to make
our volcano erupt. 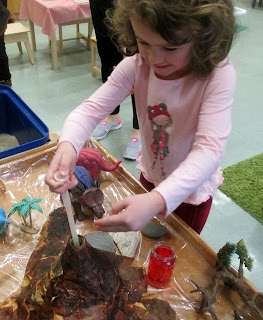 The children really enjoyed that and wanted to do it over and over.
The problem was that the volcano is too big for the smaller children
and to far for them to reach to the middle of the table. 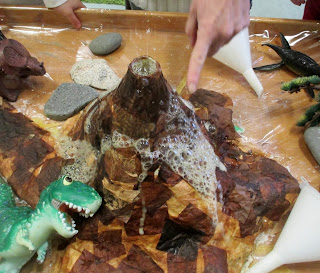 We used stools for them to stand on but it limited their freedom
of movement. 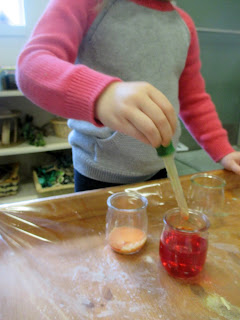 So the following days I decided to set out small jars around the edge of the table
with boxes of baking soda and coloured vinegar. 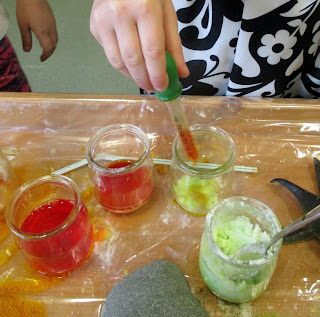 I didn't want to be present all the time supervising so
to limit how much of each ingredient they would use I put out
smaller spoons and eye droppers. 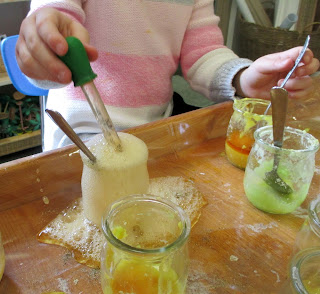 It looked like a science lab for several days. 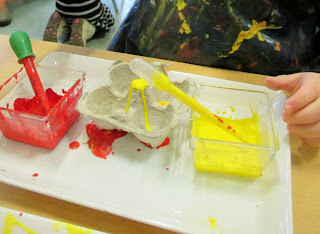 This week at the art table we used red and yellow paint
on egg carton sections to represent volcanoes erupting. 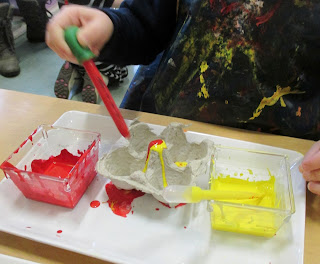 This was a great colour mixing and fine motor activity.
Plus the children enjoyed watching the paint pool in the cups. 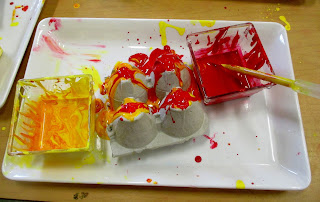 What I appreciated was that they didn't do this activity to have a finished product.
When they were done they left everything there.
The next child that came continued where the other left off. 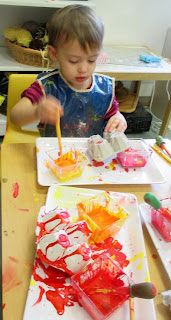 At the end of the day there was so much red paint it looked like
a murder scene.

Posted by StrongStart at 7:35 PM No comments: