After we finished the Scavenger Hunt we sorted items by how they felt. 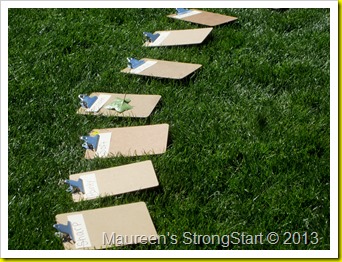 We reviewed all the different words they used to describe the items they found and then I handed them new items to touch.  Their clipboards were laid out with one descriptive word on each. 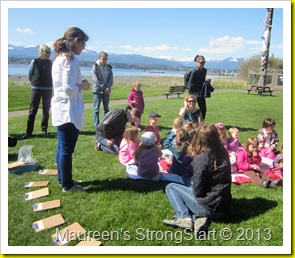 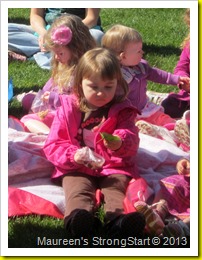 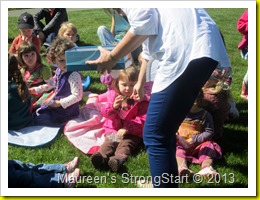 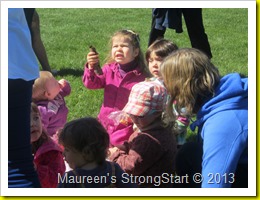 As they examined their item I asked them to think of a word to describe it.  The little girl in the last picture is telling me that the bark is ‘crunchy’.  English is her second language and she comes out with this delicious word – I was in awe. 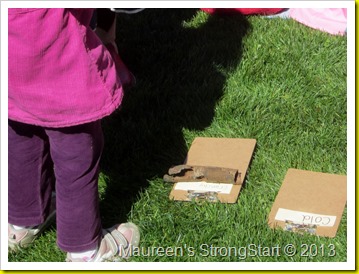 We made up a word card that said ‘crunchy’ and she added her bark. 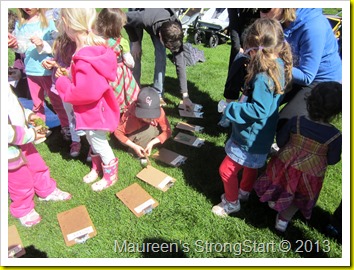 The rest of the children got up and placed their nature object with the word that they chose to describe it. 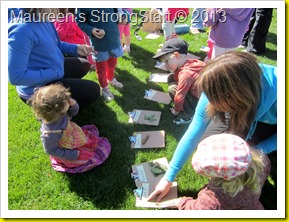 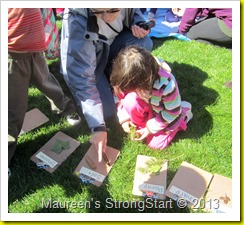 Then together, with their grown up, they looked and talked about all the rest. 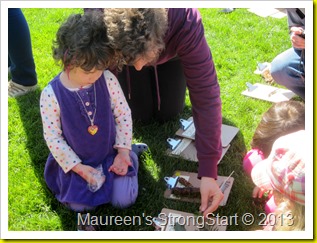 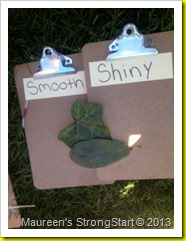 As they talked about the items they noticed that some could be described in more than one way.  They solved this by overlapping the boards. 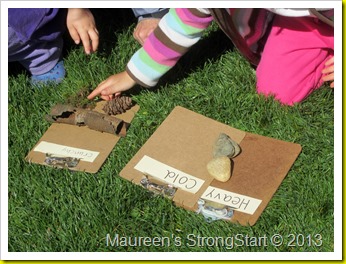 When done we collected it all, took it back to school and set it up for children who didn’t come to the park. 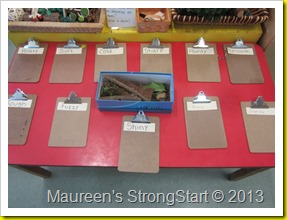 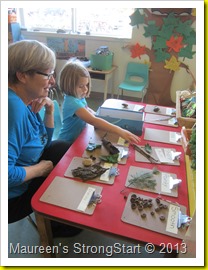 What could we do as a next step?

Posted by StrongStart at 9:49 PM 2 comments: