Last week the big buddies created an activity for their little buddies. 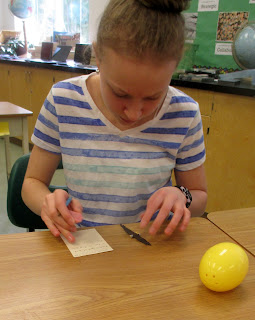 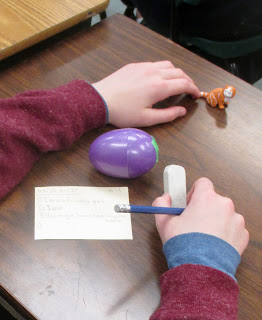 Each of them were given an egg, a little animal and a card. 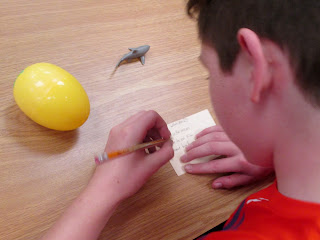 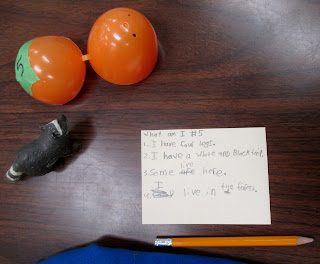 Their task was to think of four clues to describe their animal. 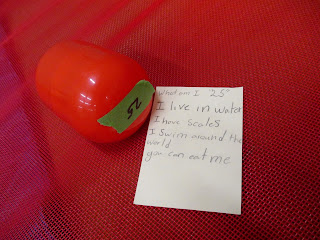 They wrote them out and numbered their card to match the number on the egg. 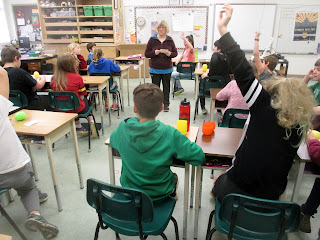 Ms. Smith, their teacher, checked to see if the big buddies could guess the clues.
When done we were ready to get together. 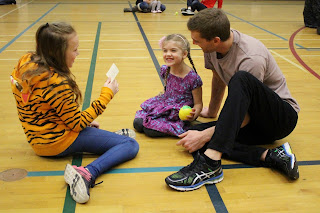 We met in the gym and after singing a song to warm up the buddy pairs
settled in all around the gym.
Each pair had an egg and the matching clues. 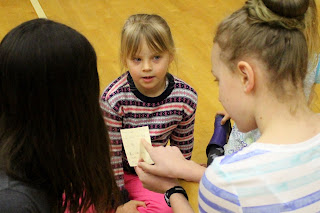 The big buddies read the clues while the little buddy tried to guess what was in the egg. 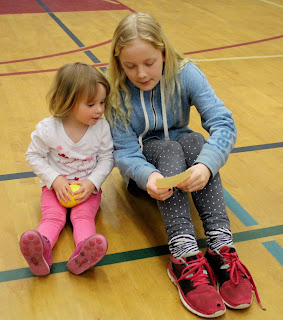 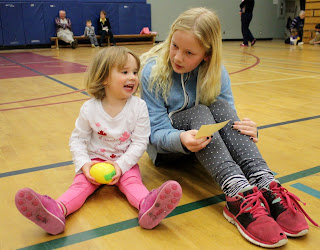 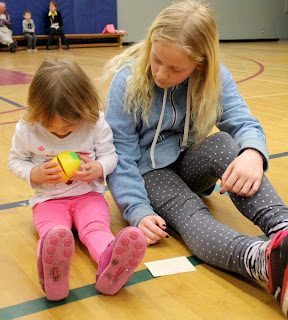 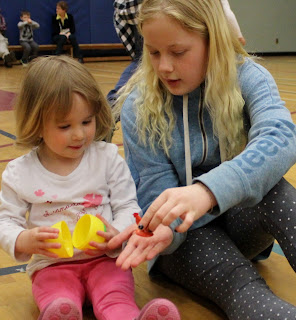 The big buddies read the clues and helped the little buddy guess.
They didn't rush, they encouraged and they had fun.

Then after guessing and opening the egg they put it altogether and moved to a new egg. 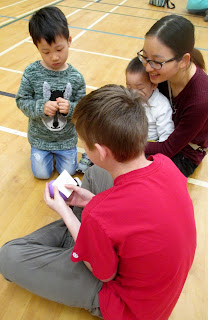 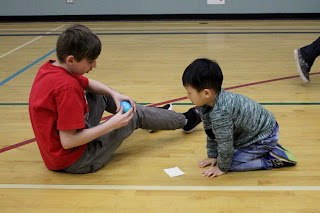 The little buddies showed great patience waiting to open the egg.
They listened, they focused and they guessed.
They were rewarded by playing with the toy with their big buddy. 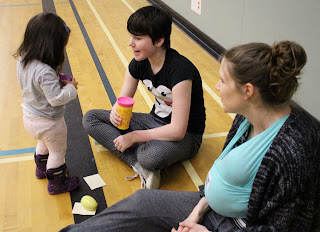 I was impressed, as I'm always am, with how the big buddies
help the little buddies feel comfortable.
This is a drop in program and most visits the big buddies have a new
little buddy which makes it very difficult
to build relationships.
But they have learned wonderful skills that allow them to relate
with each new buddy they meet.
The parents and grandparents have been very impressed.