The Caterpillar and the Polliwog

I’ve mentioned before that I belong to a storytellers group and we get together once a month to share stories.  This month, Jenny shared a story from an old book that she had created into a felt story. 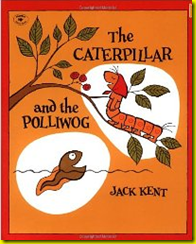 The Caterpillar and the Polliwog by Jack Kent.

It was a great choice to use to finish up our study of butterflies and frogs.
To make the felt board I coloured copied some of the pictures from the book, laminated them, then attached a magnet to the back and I was ready to tell the story.

Below are the highlights of the story. 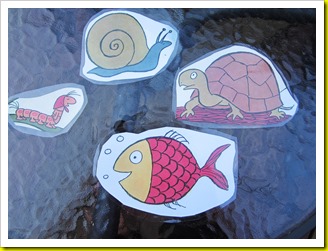 Down by the pond there lives a caterpillar who was very proud of being different.
She bragged to her friends “When I grow up, I’m going to turn into something else.” 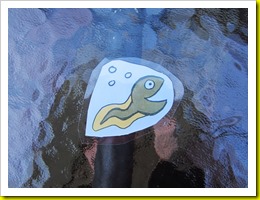 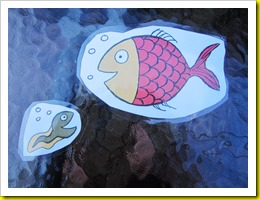 Her friends weren’t too impressed by the caterpillar but the polliwog thought it
was great and wished that he could change into something else too.  The fish
reassures the polliwog that he will change too but doesn’t tell him what. 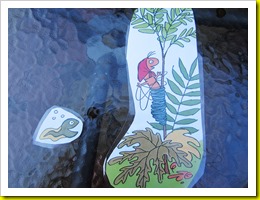 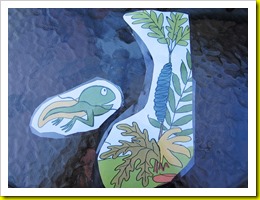 On her second time around the pond the caterpillar brags to the polliwog that she
will change and the polliwog replies that he will too.  That stops the caterpillar in
it’s tracks and feels a little sad that she isn’t the only unique creature.  When the
polliwog is asked what it will change into, he doesn’t know but decides to be the
same as the caterpillar.  So he watches while she spins her chrysalis and waits for
her to come out. 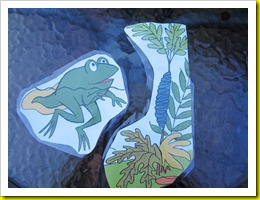 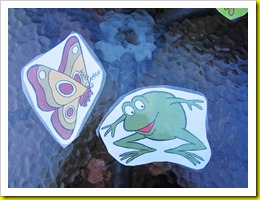 All the time he is waiting he is changing.  The polliwog is very excited to see the
butterfly emerge and begins jumping up and down like a frog, “I was so busy
watching you, I didn’t notice what was happening to me!” he says. 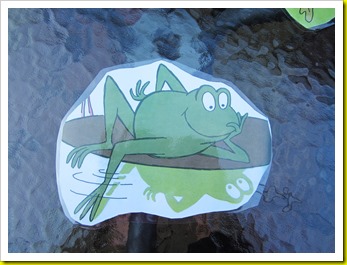 As a new caterpillar crawls by bragging that he will turn into something else
the frog doesn’t pay attention.  He is too distracted admiring his reflection in
the water.  “I am, you know, a handsome frog!”

Posted by StrongStart at 9:40 AM 4 comments: