Last week I brought in PVC pipes and connectors with magnets attached
to the backs of the connectors. 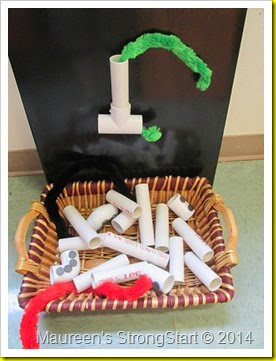 The idea is that the tubes would be tunnels for the big pipe cleaner
worms that were included. 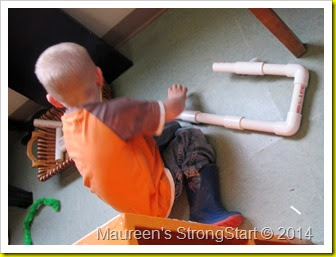 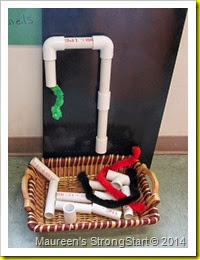 I set it on the floor beside our worm composter but either the
children didn't notice it or they weren’t that interested. 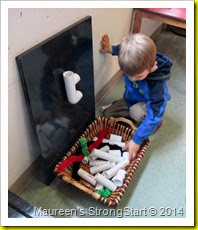 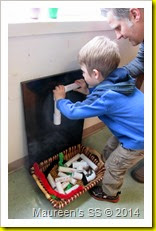 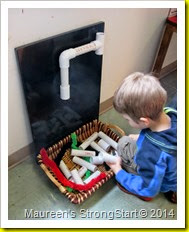 Only a couple of children attempted to put them together
during the whole week. 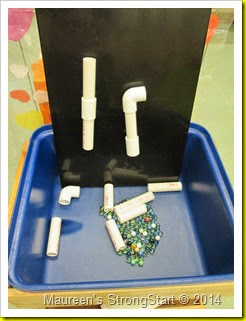 This week I moved the metal board and tunnels to the sensory table
and switched the pipe cleaners to marbles. 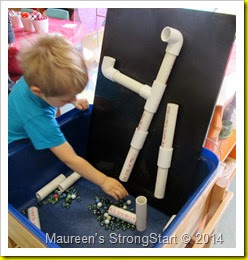 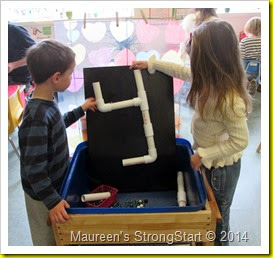 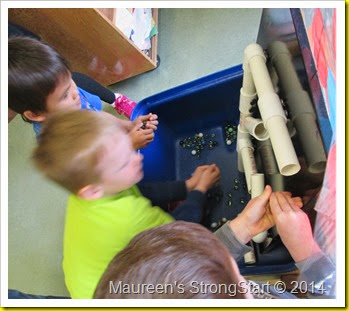 The children were instantly attracted and tried a variety of combinations
of the tubes and connectors to make a maze. 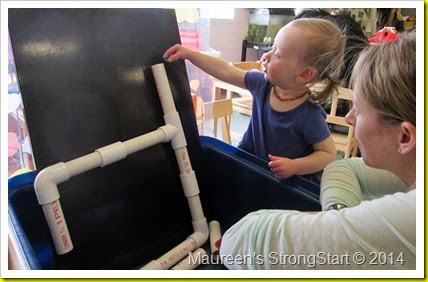 The toddlers were also fascinated with the marbles and when they can drop
them into something it is even better. 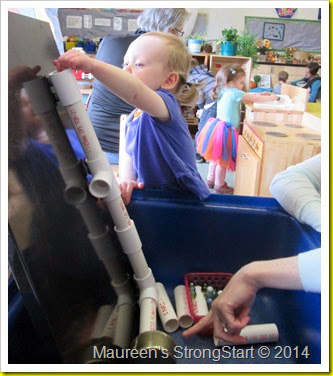 I wasn’t sure if she knew what happened to the marbles after she dropped
them in.  We had her look into the tube, which she was happy to do but wasn’t
interested in the other end.  She was interested in dropping one marble at a time,
again and again and again.

Posted by StrongStart at 8:51 PM No comments: