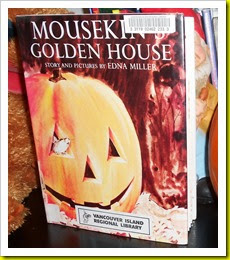 Last year we attempted an experiment where after Hallowe’en we placed our jack o’lantern, called Mousekin's Golden House, outside in the fenced garden area to watch how it changes as it ages.  Unfortunately someone climbed the fence and broke the pumpkin. 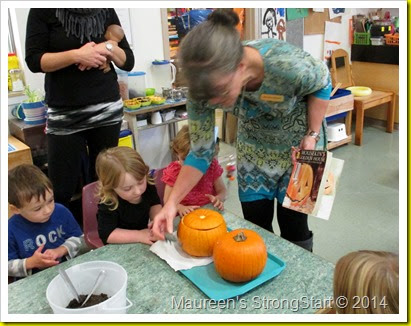 We are going to try again this year along with the grade 1 class in our school. 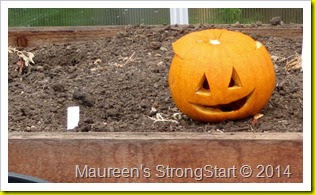 After summarizing the story for the children we placed our jack o’lantern inside the greenhouse, out in the school garden area.  The grade ones will place theirs behind a bush, between the greenhouses.  We will watch both to see how they change and if it will rot faster in or out of the greenhouse.

Another experiment I wanted us to try I saw at Growing in Pre K. 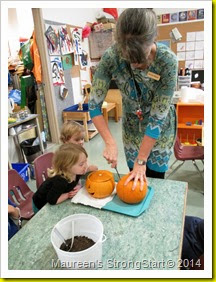 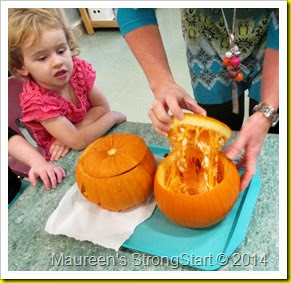 We used a whole pumpkin and cut the top off.  Look at all those seeds.  We picked the seeds off the lid and put them back in to the pumpkin. 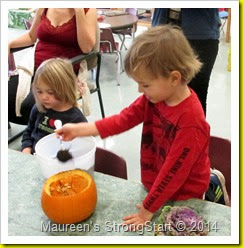 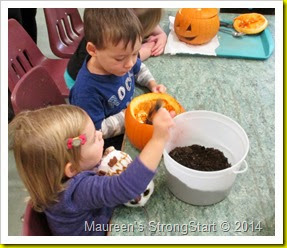 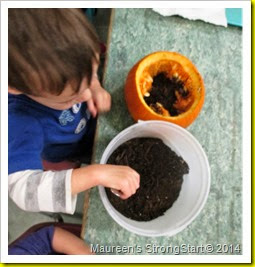 We then filled the pumpkin with soil. 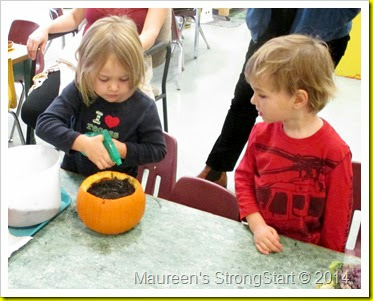 Finally we gave it a good soak before taking it out to the greenhouse. 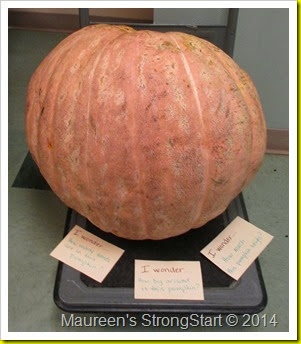 We did the same experiment with this giant pumpkin.
The pumpkin grew in the Garden Mountain that we helped plant last spring at Vivian and Millie's house.  They delivered it last week before Halloween. 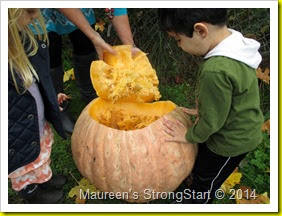 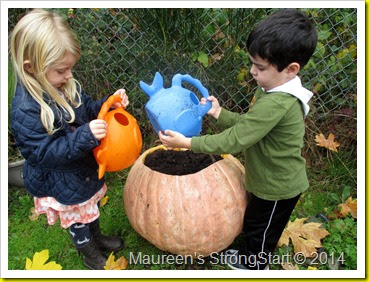 Surprisingly the giant pumpkin was not full of seeds.  But the seeds it does have are large.  The pumpkin will sit out in the fenced garden area where it will get plenty of water as it rains almost everyday.

Posted by StrongStart at 8:47 PM No comments: