Over the Christmas break I was surfing the many wonderful blogs that are full of ideas and found this one , Chasing Cheerios that had made Velcro Blocks. I thought this idea was amazing and so simple to make. Plus I had some old wooden blocks that would be great for this project. 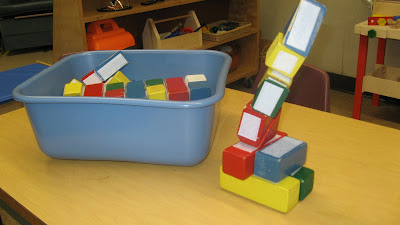 I purchased self adhesive velcro and stuck them on the sides of the blocks.

What I love about this activity is it is great for toddlers. The towers they build stay together instead of toppling over. 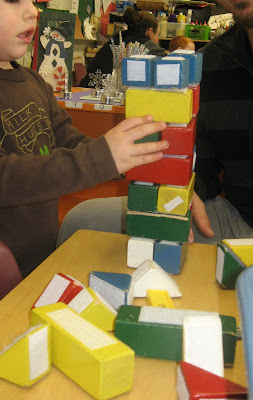 This child called his sculpture "The Tower of Power".
A mom and her son were visiting the program one morning shortly after the Christmas break was over and she saw the velcro blocks and thought they were a great idea (she has a family home day care and was thinking of copying the idea. I love how that happens). But she thought it would be great for kids to use something to saw the blocks apart. Well I happen to have several toy saws and we put her idea to the test. 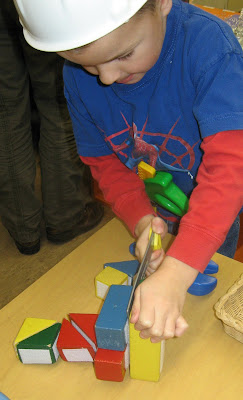 We found that the saws I had had blades that were too thick to fit through but we searched through the tools and found this level that was thin enough to work. We also learned that tongue depressors worked well too. 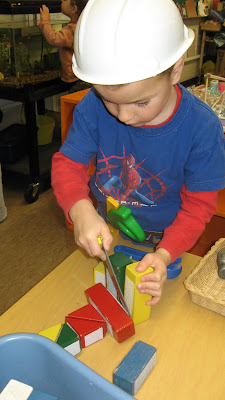 If all else fails, pry the blocks apart.
Posted by StrongStart at 8:41 PM No comments: