Third week visiting the pond and it was another beautiful day. 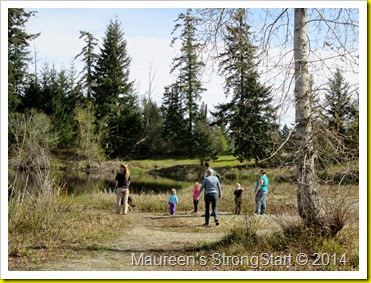 Each week I’ve been adding a job for us to do.  The first week we marked the water level.  Last week we noticed that it receded quite a bit. 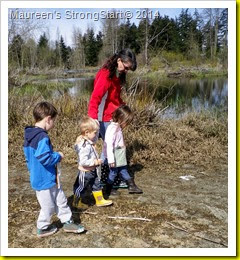 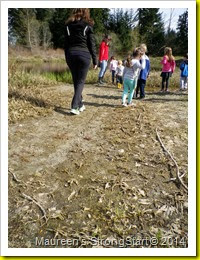 This week was another big change.  In the second photo you can see the sticks we used to mark the water line.  The first photo we are measuring how many foot steps from the sticks to the new water’s edge. 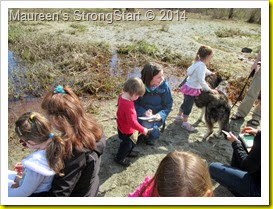 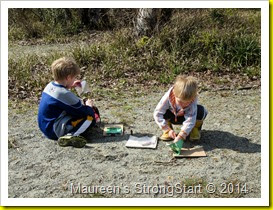 Each child has a nature booklet that they use to record their observations. 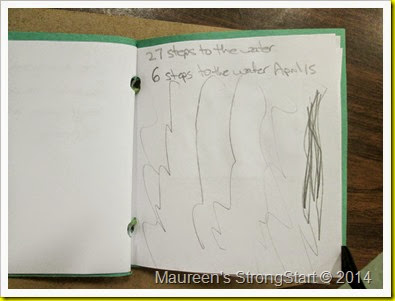 Here is a child’s booklet where they drew a picture of the water and their grown up wrote how many steps they measured last week and today.

Our second job was for each child to find the tree they picked last week and record what changes they saw. 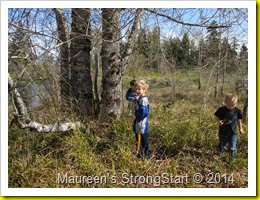 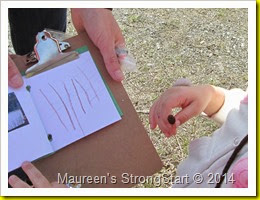 As we were checking our trees we also found something new. 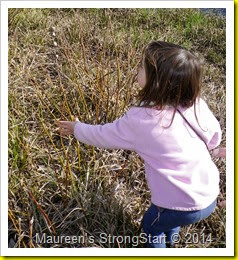 We found a small group of pussy willows growing.  I was tempted to pick them to bring back to the centre but there were only a few branches and it’s important that we learn to leave live nature in it’s place for all to enjoy. 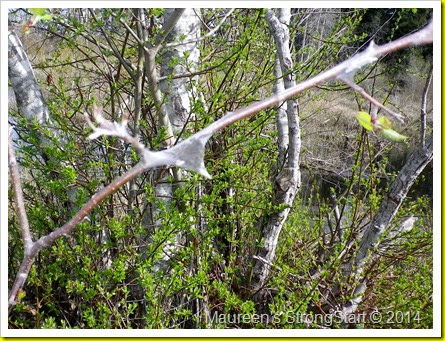 A mom also spotted this little nest of caterpillars.
So small that most people would walk right past. 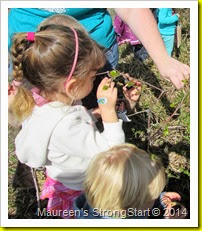 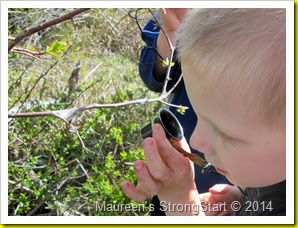 I had brought a box of Loupes which were perfect for getting a closer look
at the tiny caterpillars.

Our third job this morning was to discover moss.
Where does it grow?  How does it feel?  We found it growing… 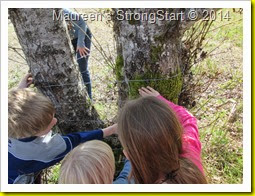 on trees,
on rocks, 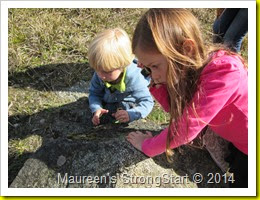 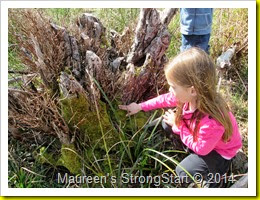 on old stumps,
and on the ground. 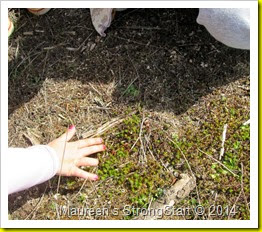 As we were discovering the moss a lot of descriptive words were being spoken.  Soft, short, rough, scratchy, hard, smooth were a few. 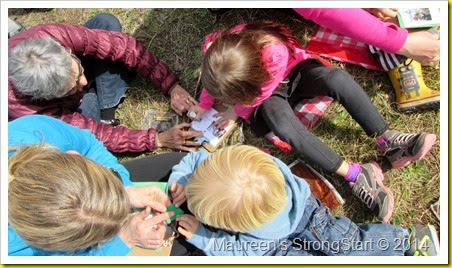 I came prepared with two swatches of fabric for each child. 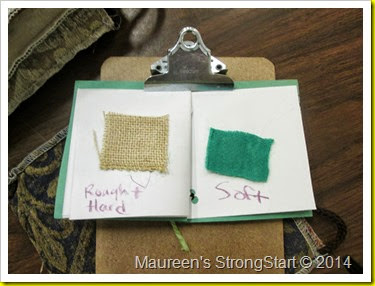 They could choose to glue one or both pieces in to their books depending
on what moss they felt on our exploring. 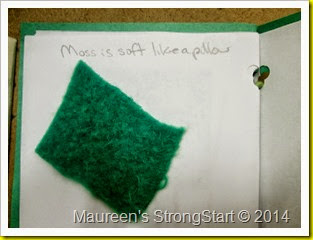 Read these wonderful comparative sentences the children made. 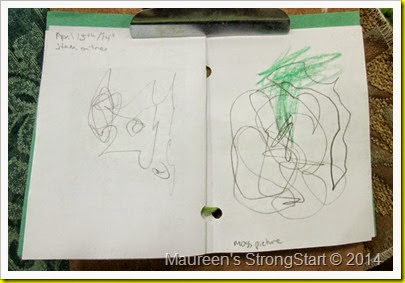 Another child decided to draw a picture of the moss they had found.
The children are enjoying recording their finds in their books.   It is a journal that we can refer back to each week, next month or even during the summer when they are off with their families.

Posted by StrongStart at 6:37 PM No comments: