Have you seen blogs that show how to build an igloo using milk jugs?  Here is one from Little Giraffes Teaching Ideas that I thought would be manageable.  It only needs about 130 jugs.  I'm sure we could collect that many. 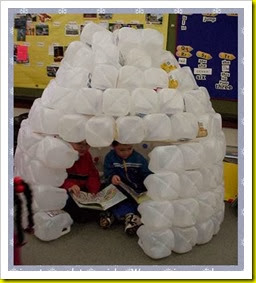 So during December I started asking friends, teachers and families from
StrongStart to begin to save jugs. 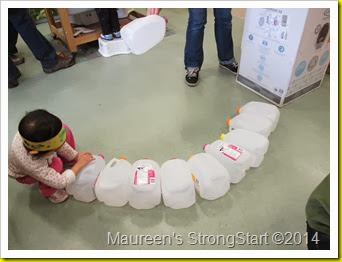 Last week the jugs started to be delivered and we started building. 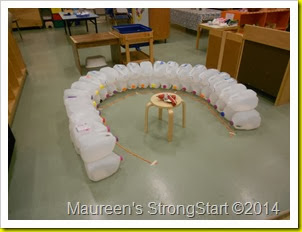 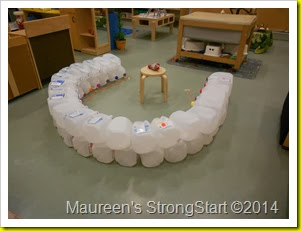 We placed yarn on the floor to help make the round shape, it turned out more
like a horseshoe. 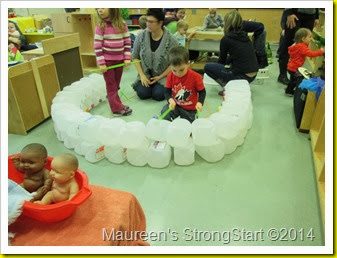 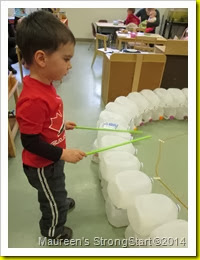 We had to wait a couple of days before we had enough to add another row.  But in the meantime the children found other ways to enjoy the igloo.  The jugs work well as drums. 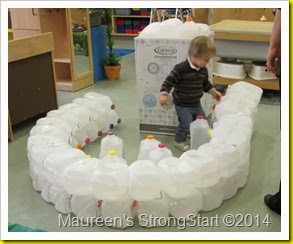 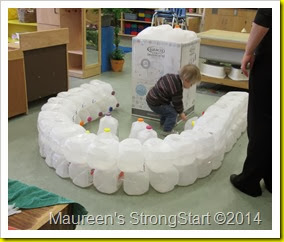 And trying to take them apart was a popular activity, as well as playing with the
loose jugs. 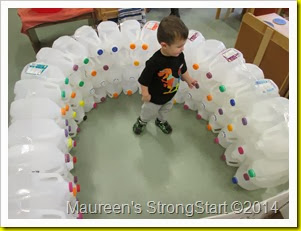 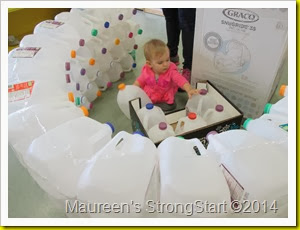 Just gluing the jugs together wasn’t strong enough so I started wrapping each row with packing tape.   As the walls got higher the children explored the inside and continued playing with the loose jugs. 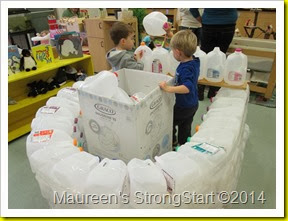 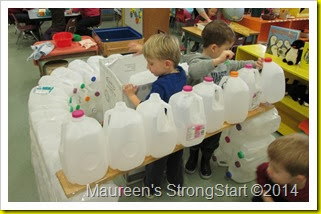 Four rows high and we’re ready to start the beginning of the roof.  I attached a board across the opening so the row will be a complete circle.  Lots of jugs arrived today and these boys are placing them around to see if there is enough for the whole row. 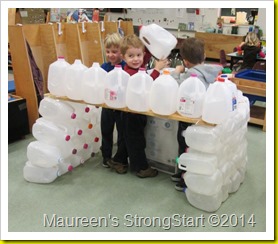 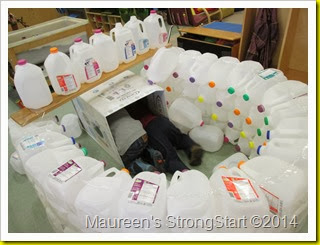 Or maybe they were just emptying the box so they could play with it. 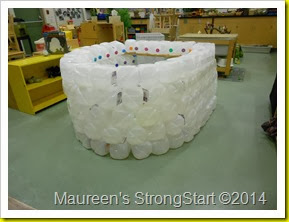 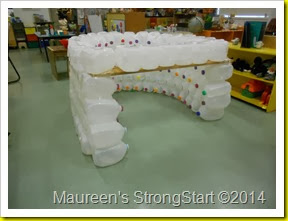 This is how it looked at the end of the day.
About 60 more jugs should be enough.
Stay tune.

Posted by StrongStart at 6:28 PM 2 comments: