I ended my post about our barn building wondering if our barn was finished.  A couple of followers gave suggestions for additions; a tractor, a windmill. 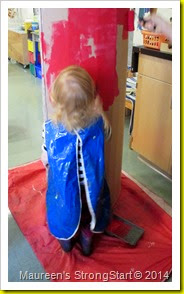 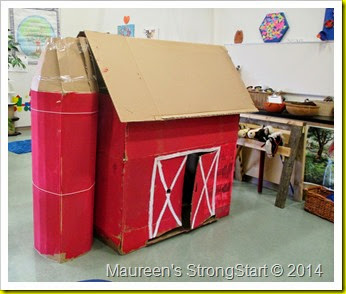 The windmill would have been great but not relevant to the farms around here. But the suggestion did inspire the idea for a silo.  I used the other half of the box that was left from the roof.  Crimping it allowed it to be curved in a circle, well almost.  I tied string around it to help hold it round. 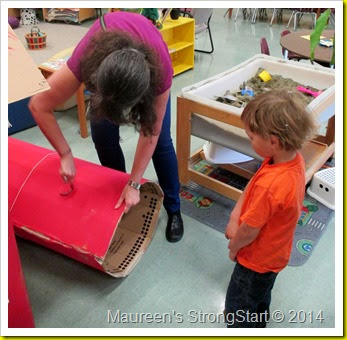 The silo isn’t very big and probably wouldn't last very long if we made
a door for the children to go inside. 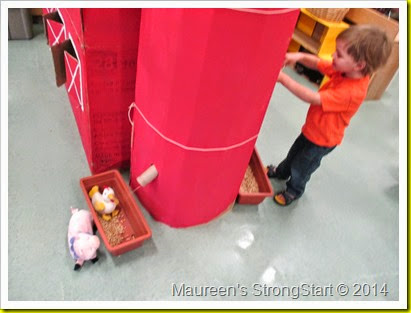 Instead I thought I could build an apparatus similar, but much smaller,
to one of Tom Sensory’s. 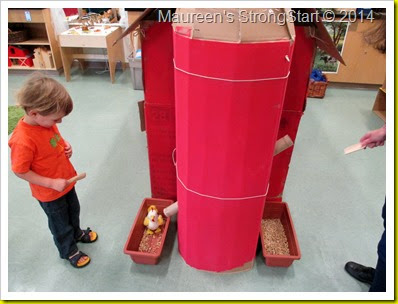 A tube was threaded through the silo, one end higher than the other.  Two troughs were placed on either side of the silo and we use wood pellets for the food. 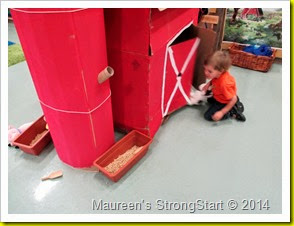 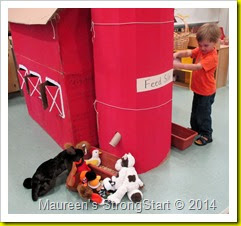 The animals were brought out of the barn to eat at the trough. 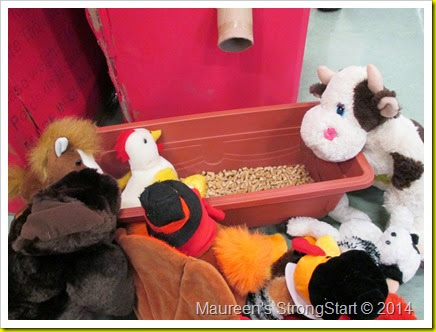 Soon all the feed is in trough on the low side.  How do we get back to
the other side? 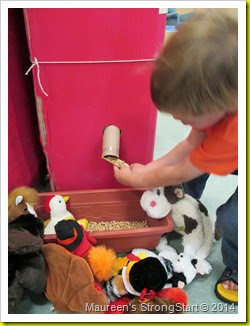 One solution tried was to scoop the food at the lower end to go up the tube.
It didn’t work. 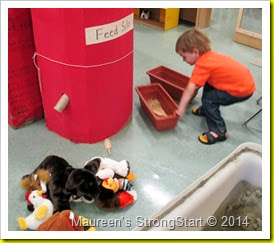 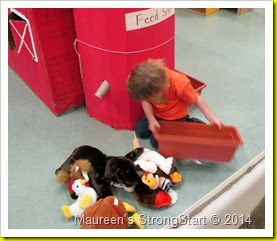 Another solution tried was to switch the troughs.  That worked. 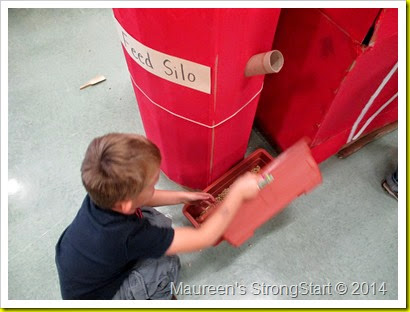 A third way was to dump the full one back into the empty trough.
That worked too. 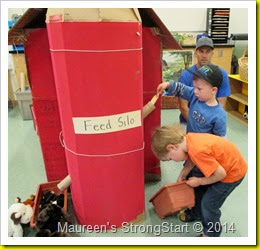 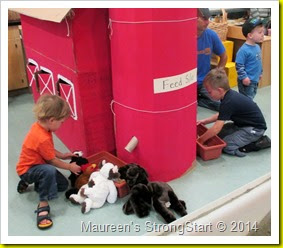 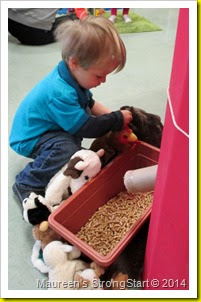 A great day of playing and learning.

Posted by StrongStart at 10:01 PM No comments: