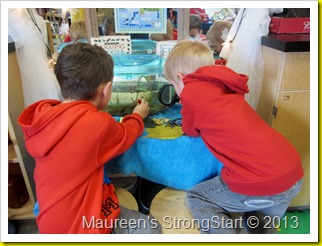 Our tadpoles have been growing for two and a half weeks and during
that time we’ve been checking them daily. 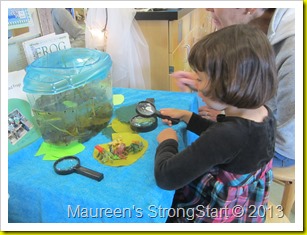 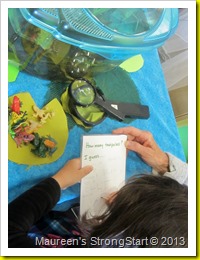 We’ve spent sometime talking about how many tadpoles there may be in
the tank.  Estimating is an opportunity to talk about numbers.  What numbers
mean, how many things represent a number and what numbers are a low
amount and which tells us there are more. 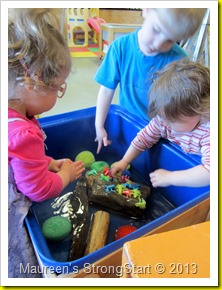 In the water table there were toy frogs to further explore the concepts of
numbers and amounts.  Which log has more frogs on it?  Which has less?
Estimating how many frogs are on the log before counting them. 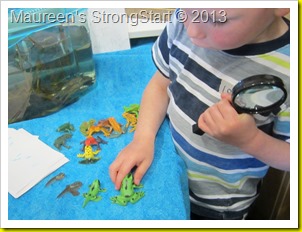 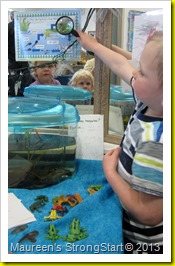 By providing pictures and models of the life cycle of a frog the children are
gaining a deeper understanding of the changes that will happen. 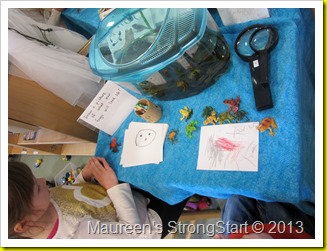 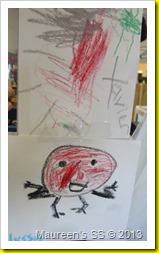 We’ve started to draw pictures of  what our tadpoles will look like as frogs. 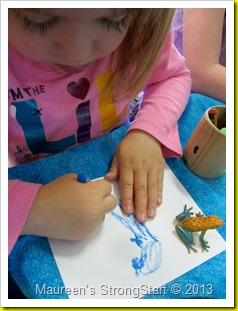 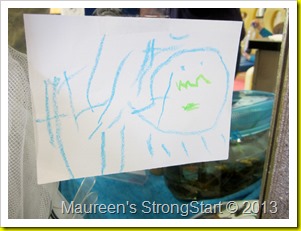 So far we have a variety of coloured frog predictions.

Posted by StrongStart at 8:37 PM No comments: