There was an Old Woman

There are many, many variations of the old story “There was Old Woman Who Swallowed a Fly'.

At Valentines I came across this blog that has a free printable for the items for "The Old Woman Who Swallowed a Rose".

At the same time that I found those I also saw this idea to use an old baby wipes container for the woman.   Mine looks a bit different. 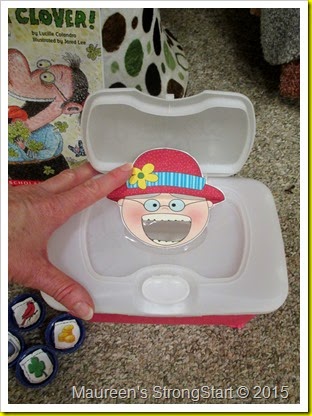 The children love this interactive version.
The pictures mounted into milk jug caps fit nicely through the opening. 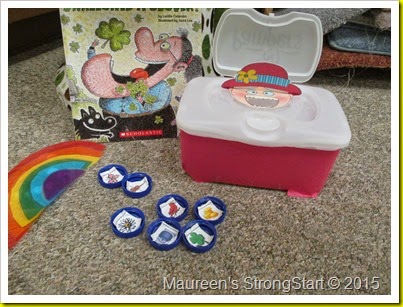 Since that was a success I decided to use the same container for
There Was an Old Woman Who Swallowed a Clover. 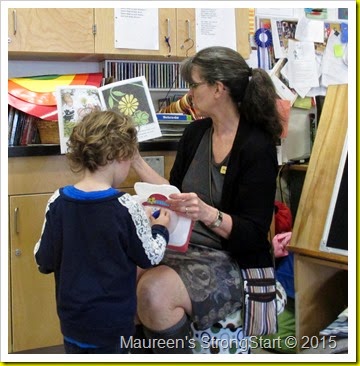 Before beginning I handed out the pictures and asked the children to look at
their picture and I told them to listen carefully for when it is mentioned. 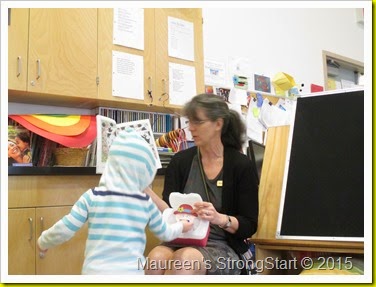 When they heard their item, they fed the old woman. 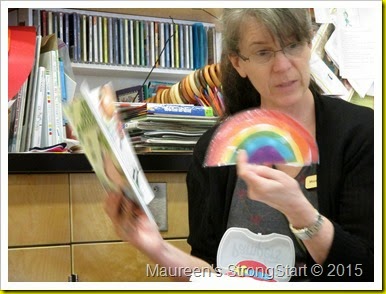 And tucked inside the container waiting for the very end is the rainbow.  The children are surprised when it comes out every time.  I guess I have great slight of hand.

Sticking to the St.Patrick’s theme I made another version of the game Little Mouse. 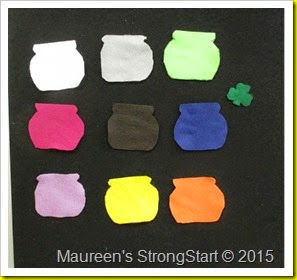 A clover hiding behind a coloured pot.

Posted by StrongStart at 8:00 PM No comments: