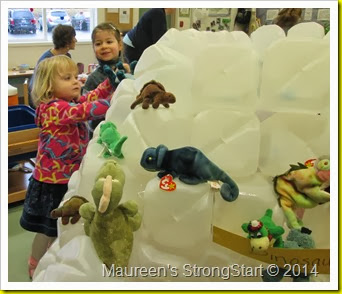 Dinosaurs took over our igloo last week which meant it was time to move on,
take down the igloo and create a space for the dinosaurs. 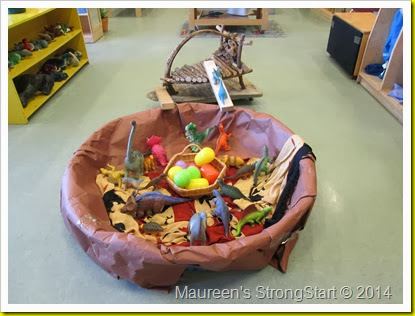 I used a child’s wading pool and covered it with brown paper to make a nest. 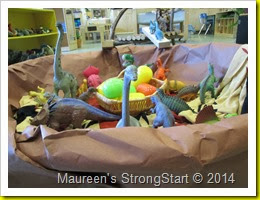 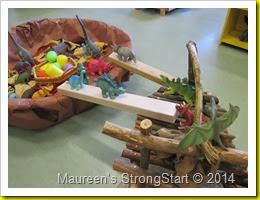 Then added fabric, a variety of dinosaurs and eggs and a play structure beside it.
The dinosaurs look like they are trying to escape. 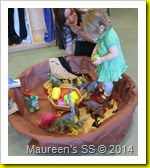 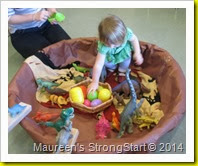 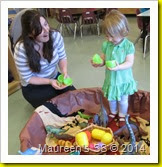 At first the grown ups weren’t sure if the children should go in the nest but
that was the most direct way to get to the eggs.  Plus climbing over the edge
helped work their balance and ability to manoeuvre around objects. 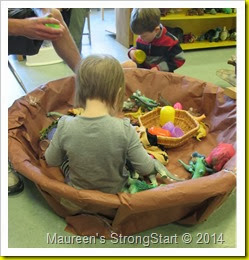 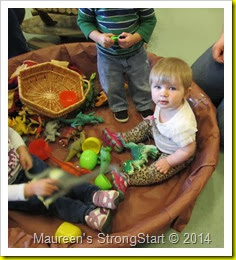 I’ve also noticed that some children like to be inside a smaller space. 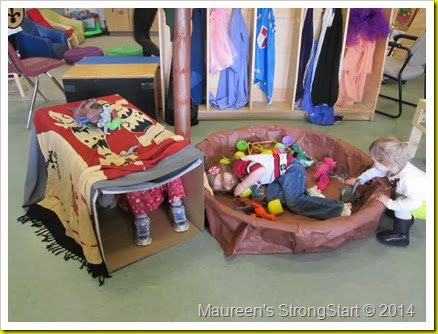 So I added a box for a cave.  We’ll often see at least one child tucked inside playing, telling themselves stories or just getting away from the busyness of the room.  (Just like how they used the igloo) 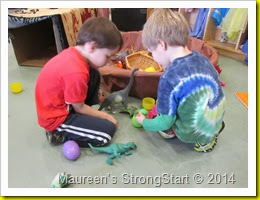 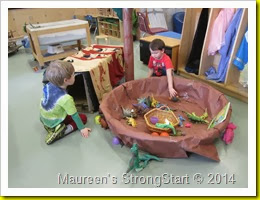 The older children' play is more involved with the dinosaurs.  They tell each other what the dinosaurs are doing.  They create story lines, and scenarios.  They move around more so most of their play takes place on the outside of the nest.

Posted by StrongStart at 10:40 AM No comments: