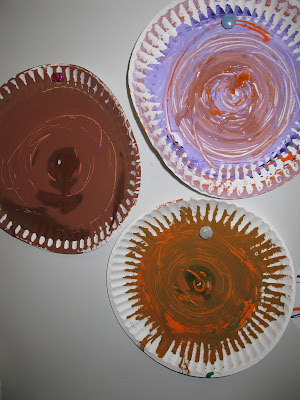 During the holidays I went Thrift store shopping and finally found an old turntable. For set up I placed a paper plate on the centre and poked it on to the spinning post. But when I turned it on the paper plate didn't spin with it. A little tape underneath the plate fixed that. 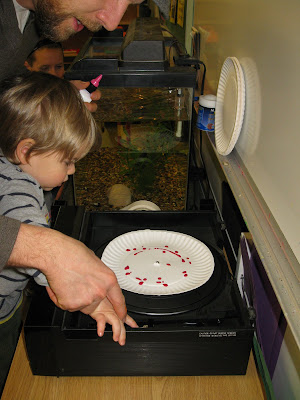 It really attracted a few of the boys that don't normally go to the art area on their own. Here is dad showing his little one how to turn it on. 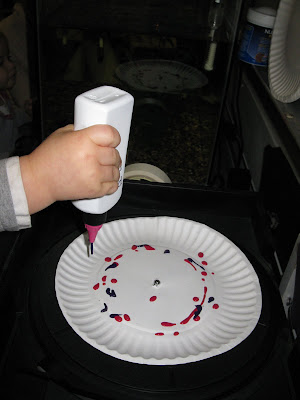 I filled squeeze bottles with different coloured paints. The little one held the bottle above the turntable and watched it drip on to the paper plate. 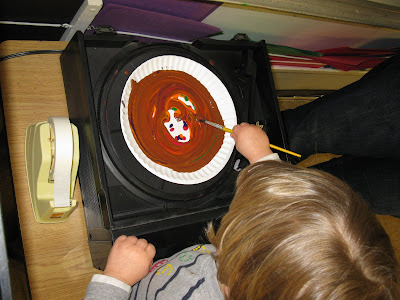 Then we were thinking of what else we could use and tried a paint brush. What a great way to mix the colours. 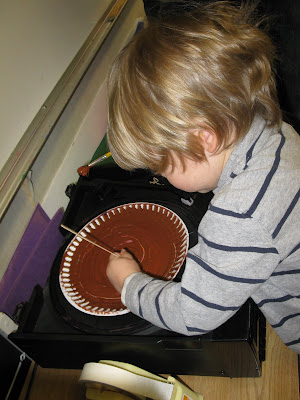 Then we tried a long coffee stir stick and discovered that it would make marks in the paint. 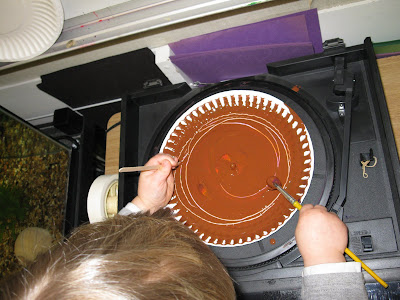 So using both the paint brush and the stick we could keep starting new pictures. 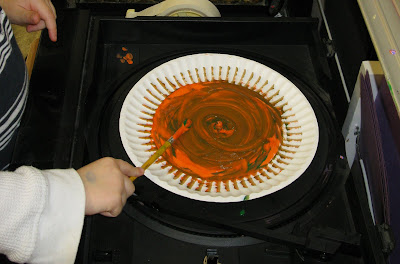 We learned a couple of things about the turntable. If you pressed down hard with your brush then the table stops spinning or if you used your brush and pushed the turntable you could make it spin in the other direction.
The only thing I wish is that it was an older turntable that included the 78 speed setting. The need for speed.
Posted by StrongStart at 6:44 PM 4 comments: