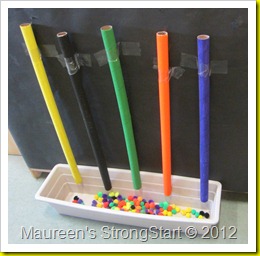 Look at this great idea I found over at Learning 4 Kids.
As soon as I saw it I knew we would have to try it. 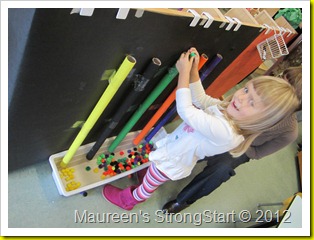 Interesting though that the first day is what set up no one was interested.
No one played with it.  Hmmm, I thought it would be a hit.  Maybe the tubes were too long.  Maybe there isn’t enough room between the table and the divider that the tubes were on.  Maybe I was just expecting too much. 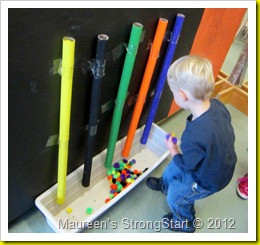 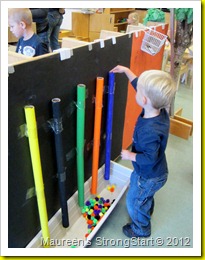 Maybe there was just other things more interesting that day because
the second day it was a busy spot. 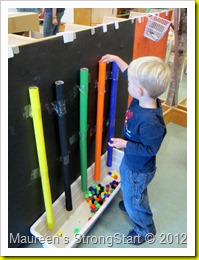 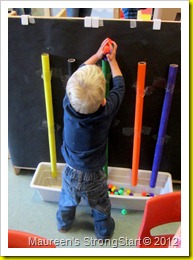 It was interesting to watch the way they approached this activity.
Picking up one pom pom and dropping it in any tube, regardless of the colour.
Then picking up several, some in each hand, and being more selective with the tubes they chose.
Then big handfuls trying to be stuffed into one tube. 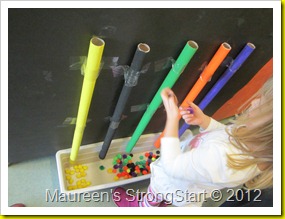 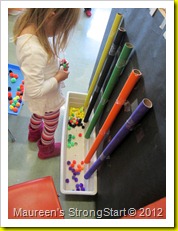 The more it was used you could start seeing the pom poms being
sorted by colour down in the tray. 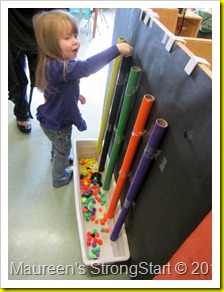 A pom pom drop is a fun, inexpensive, easy to set up toy for children to explore.