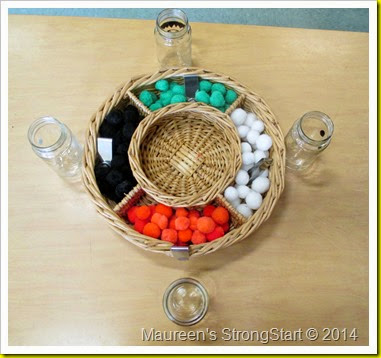 This play tray looks like an ordinary fill-a-jar with pom poms tray. 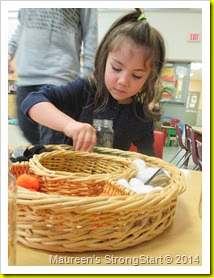 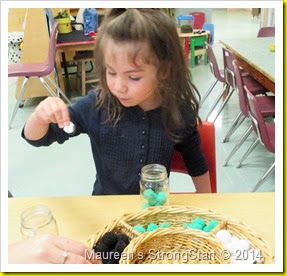 Using an ordinary stawberry huller to pick up the pom poms. 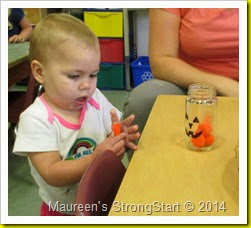 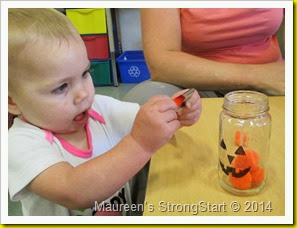 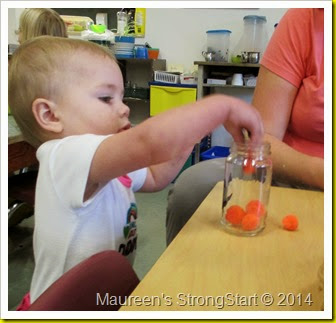 Practicing and focusing on moving the pom poms from the basket to the jar. 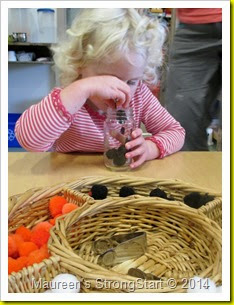 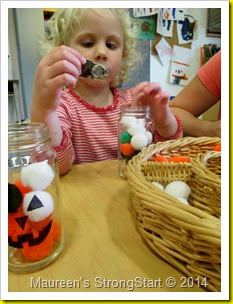 Deciding which coloured pom pom will go in next.

Yes it looks like an ordinary pom pom tray but it’s special because once
the jars are filled you can see which Hallowe’en creature you've made. 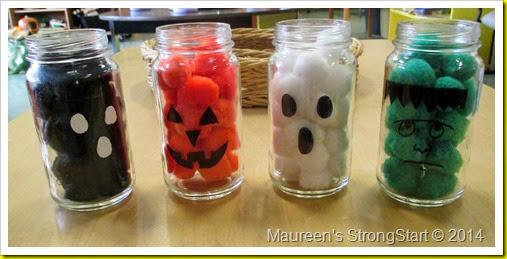 Posted by StrongStart at 6:09 PM No comments: