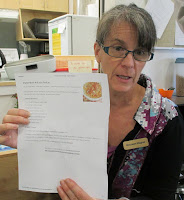 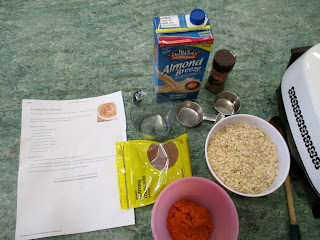 This week we made pumpkin porridge for snack.
I found the recipe at Damn Delicious. 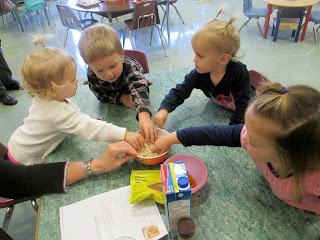 We began by exploring the oats.
Touching them when they were dry. 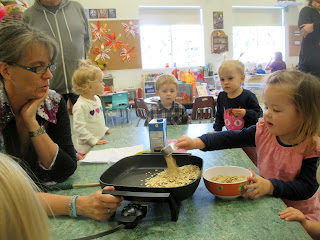 We measured the oats into the frying pan
a quarter of a cup at a time so everyone had a turn. 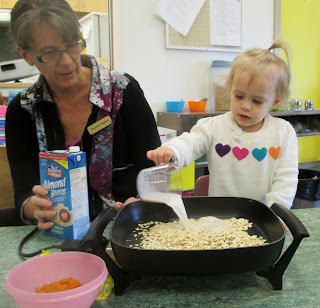 Next came the almond milk.
We doubled the recipe so there would be enough for the families
that arrive after we cooked. 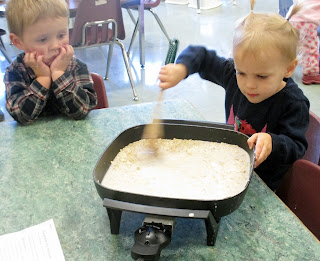 We stirred it altogether.
We did this before I turned the frying pan on
so the children could touch it without being burned. 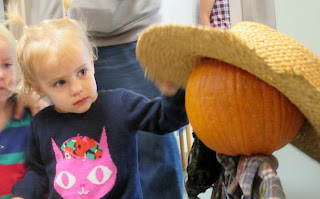 As we waited for the oats to cook we smelled the pumpkin
and to help them connect it to the real form of a pumpkin
we checked out our pumpkin head scarecrow. 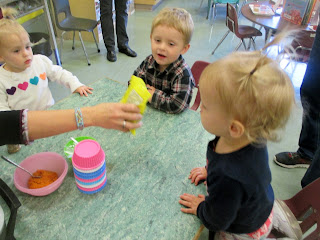 Then back at the table we smelled the cinnamon and nutmeg, 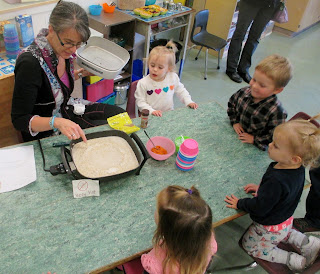 and watched the bubbles start in the oatmeal. 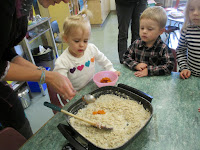 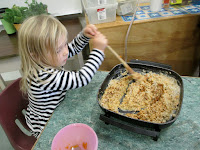 Time to add the pumpkin and spices. 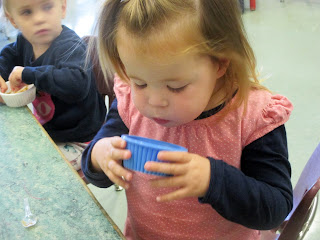 Ready to serve but it a little too hot to eat
so we practiced blowing on it to cool it down. 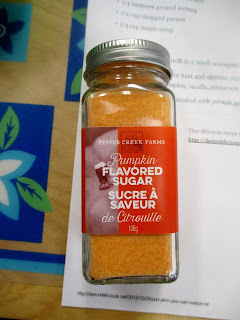 It wasn't very sweet so I sprinkled a little of this Pumpkin flavoured sugar
that I found at Michael's. 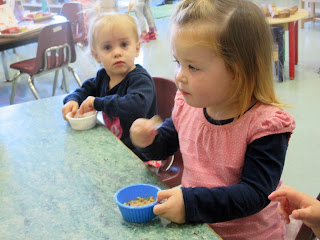 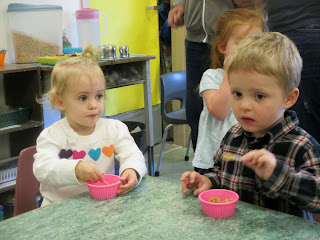 Posted by StrongStart at 7:08 PM 2 comments: