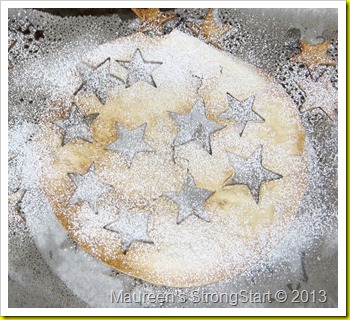 Even though it was pouring outside today we had a bit of snow
indoors at the snack table.
We made edible snowflakes from tortillas. 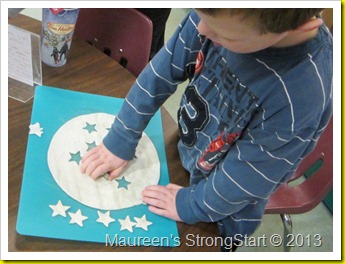 Start with a flour tortilla (you could try corn but I wanted it white)
and cut it.
I thought it would be easier to use a cookie cutter than scissors to create
the snowflake design but it took a lot of pressure to cut the pieces out.
Also as the tortilla sat out in the air between children cutting it, it would
dry out and became even more difficult to cut. 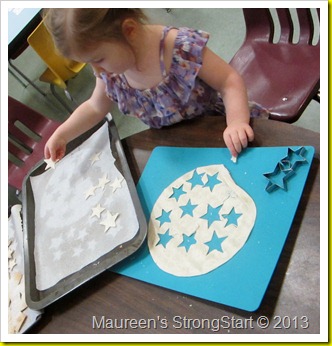 Next place on baking sheet and spray with a cooking spray. 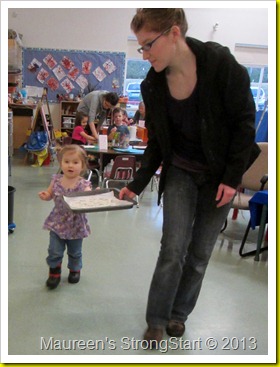 Put in the oven for about 10 minutes till crunchy and slightly brown. 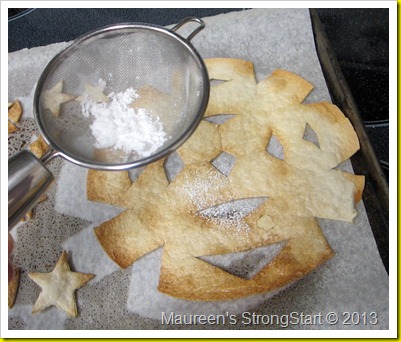 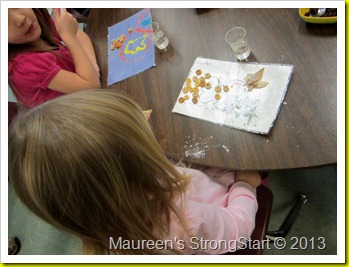 We broke them into smaller pieces because we used 10 inch tortillas.

Posted by StrongStart at 8:15 PM No comments: