I saw an idea over at Think and Play Today that I wanted to try with the families.  Experimenting with chalk and water on paper at the art table 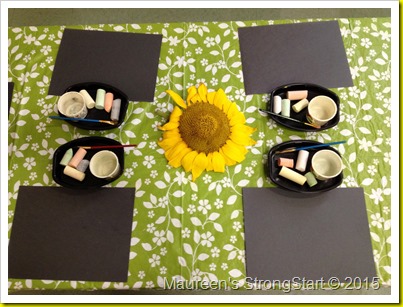 I thought we could tie it into our sunflower exploration, although that was secondary. 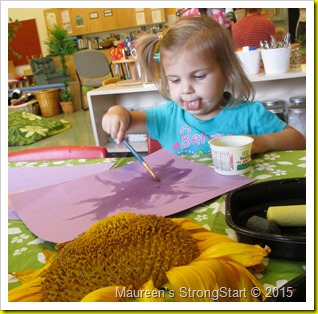 The majority of the children, especially the younger ones, really enjoyed painting
with the water and that was a far as they went. 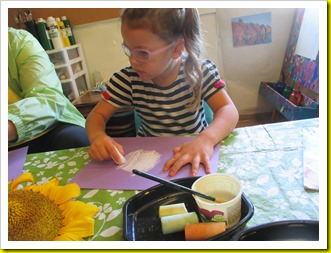 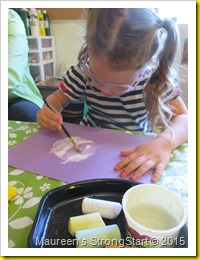 The older children tried different techniques with the chalk and water.  Some
coloured with the chalk on the dry paper then used the paint brush and water
to make it change.  The chalk looked like paint when wet. 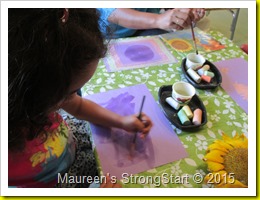 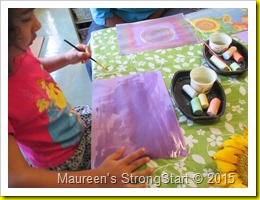 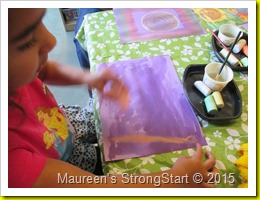 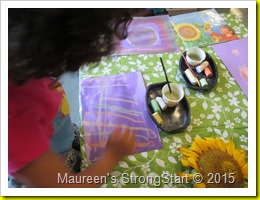 Another painted the whole paper with water then used the chalk to make a ‘rainbow’.  The chalk looked a little smudgy. 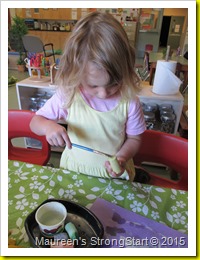 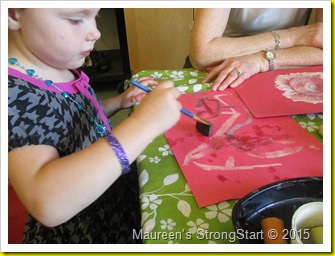 Others painted the piece of chalk then drew with it.  It was dark with the
first mark but quickly dried. 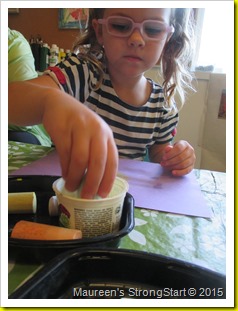 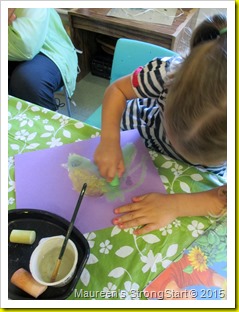 Another method was to dip the chalk into the water and draw. 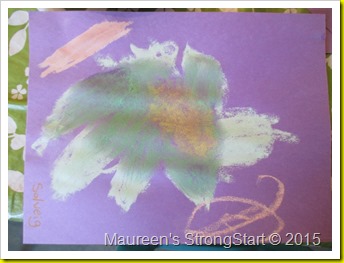 With this method we could quickly see the change when the chalk began to dry.

Posted by StrongStart at 7:01 PM No comments: