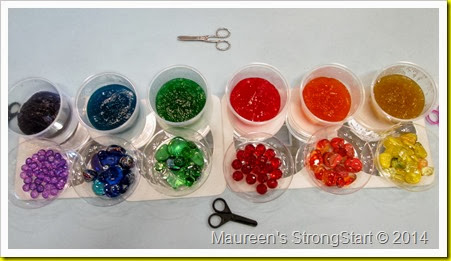 Browsing on Pinterest I noticed that slime made with metamucil seems to be the ‘in’ sensory experience.  Using metamucil instead of the borax recipe means that it is less harmful if a child swallows it.  It is really easy to make, just one tablespoon of metamucil in one cup of water.  Microwave for about 2 – 2 1/2 minutes.  Watching and stirring as it begins to bubble. 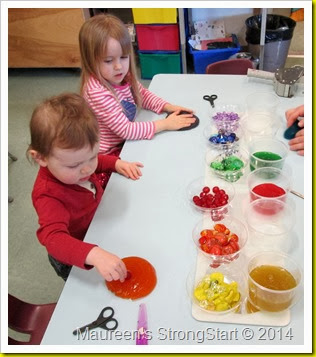 The table was set with tubs of slime, bowls of jewels and scissors. 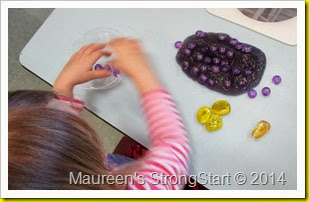 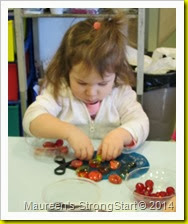 The slime is very jelly and doesn’t pull apart or drip like our borax recipe.  It also doesn’t stick to your fingers.  The children poked and pushed the jewels into the slime. 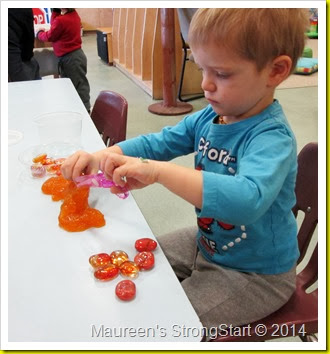 During the week the more the slime was cut, squished and squeeshed the slimier it became.  Then it began to stick to fingers and the jewels. 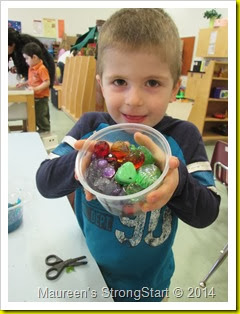 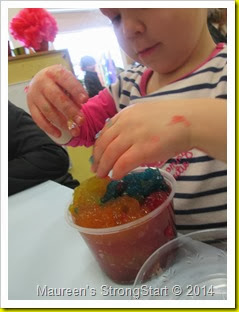 A bonus of this slime is that it doesn't blend easily.  So when they made rainbow stew we were able to pull most of the colours back apart to start again the next day.