After St. Patrick’s Day I brought the pot that we found in a tree back to school.  I wanted the children to make a connection with what we did outside to the school.  I also had left over gold rocks so I made an ABC matching game. 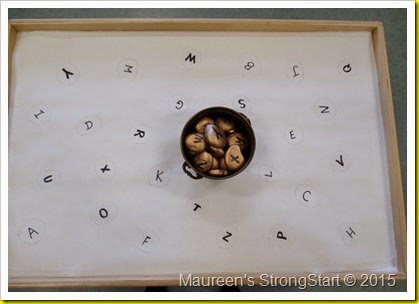 I covered a low table with white paper and traced around the 26 rocks.
On each rock I wrote a letter of the alphabet. 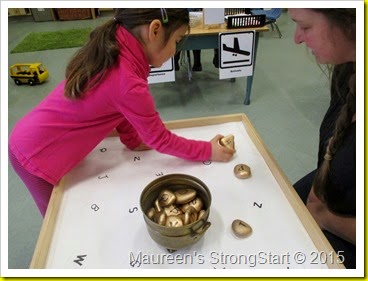 The pot sat in the middle of the table holding all the rocks. 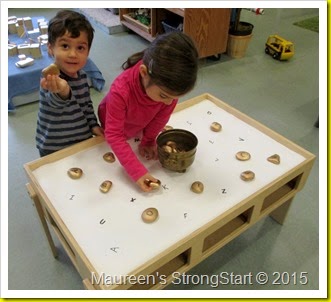 The children picked a rock and tried to find it’s match.  It was difficult at first since there were 26 choices but as they matched more and more rocks it became easier and their confidence grew. 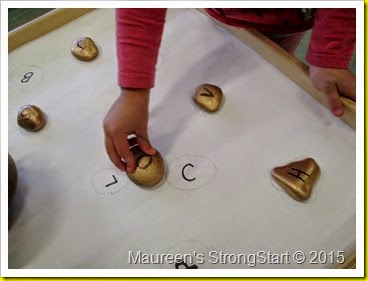 Another difficulty was that I didn’t print the letters all in the same direction, so they had to either move around the table or turn the rock in their hand to make them look the same. 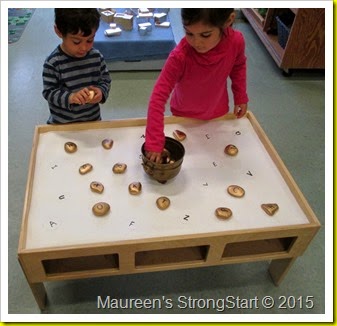 This was difficult for the younger children who do not yet recognize the letters. 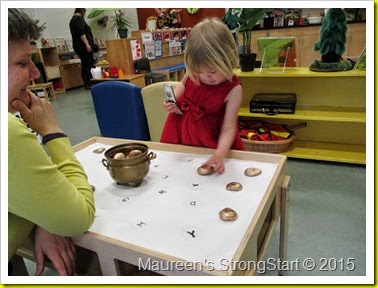 If two people did this at the same time it was an opportunity to reinforce turn taking, waiting for your turn and encouraging each other.

A couple of families did recognize the pot from our Outdoor Adventure the other day and they recalled where we found it and what we did with it.

Posted by StrongStart at 8:17 PM