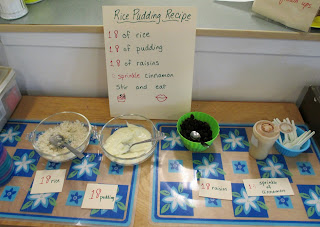 This week we made an easy recipe of rice pudding that I found at
B-inspired Mama. 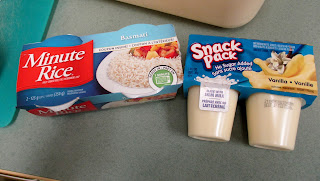 It uses Minute Rice and Vanilla Pudding.  All premade so little prep work.
I added raisins and cinnamon sugar (the pudding was sugar free). 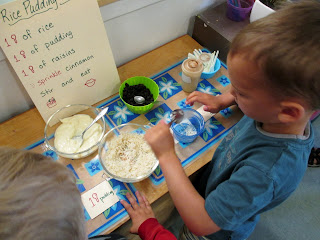 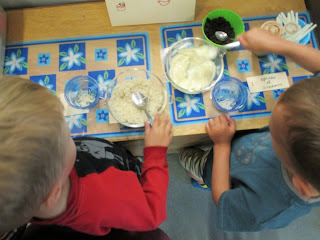 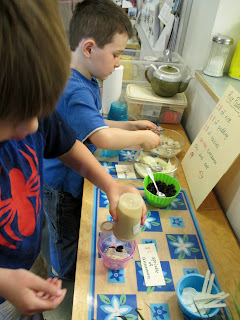 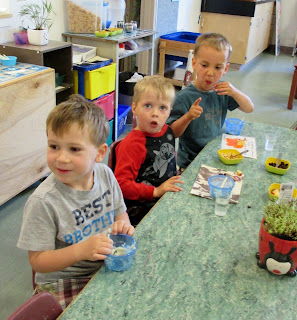 Everyone tried it and only a couple didn't like it.
The majority really did.
Even a child who doesn't like rice ate it.

Posted by StrongStart at 5:47 PM