Browsing around Pinterest I started to notice several posts from blogs using
Skittles for colour experiments.
Most of the experiments were focused on water density,
I just wanted to focus on the candies dissolving to dye the water and focus on this question:
Is there enough dye in Skittles to colour celery leaves? 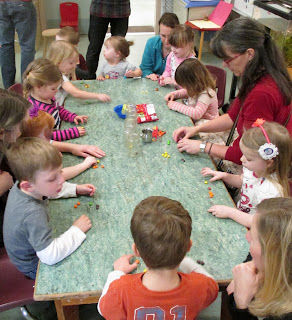 We started by giving each child a handful of skittles to sort, with
the warning that they were not to be eaten.
Only one child (under two) popped one in her mouth. 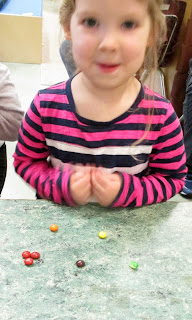 They sorted the colours and counted each. 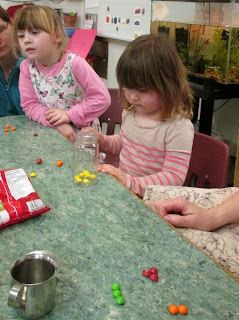 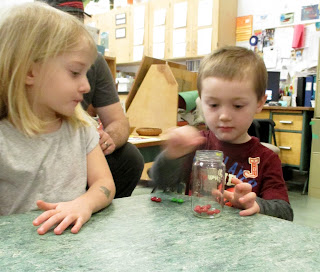 We passed jars around to collect each of the colours. 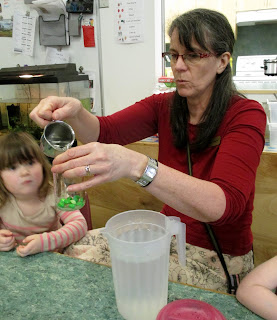 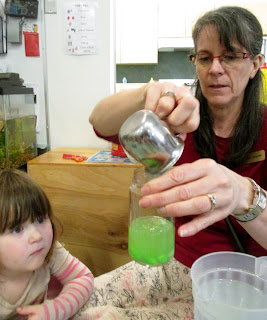 We poured water into each jar.  I started with the green. 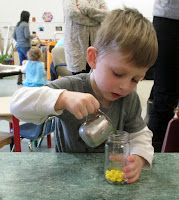 The children did the rest of the jars. 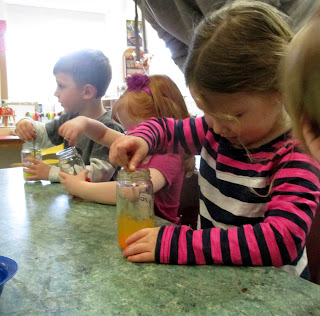 We used spoons to give them a good stir while watching what was happening. 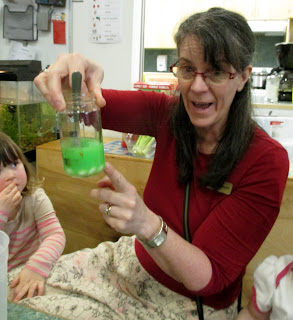 Surprise!  The skittles were soon white while the water was green. 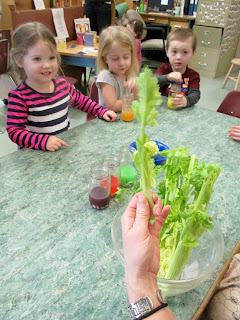 Next we introduced the celery and talked about what would happen if... 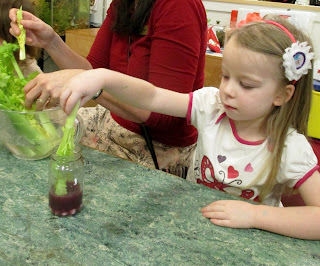 we put the celery in the coloured Skittle water? 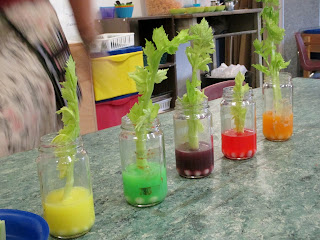 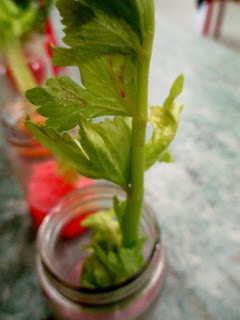 By the end of the morning only one colour was starting to show
in the celery - purple. 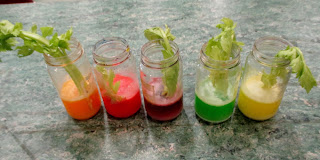 Two days later and the celery had wilted without much colour seeping into the leaves.
But what we noticed the most was the thick layer on top of each colour.
It looked like congealed fat.
Not appetizing.

Posted by StrongStart at 5:40 PM