A Ghost Costume for Who? 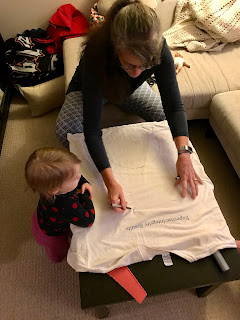 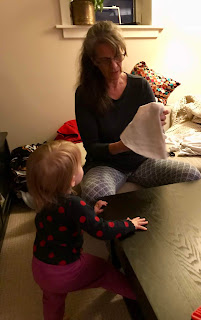 The Little One has been having a lot of fun scaring each of us. And honestly we've had fun scaring her too.
In the evening I'll often hear her and her Dad chasing each other,
booing and screaming. 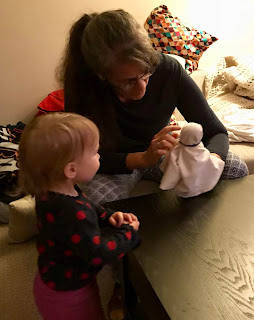 I thought it would be fun to make her baby doll a ghost costume. 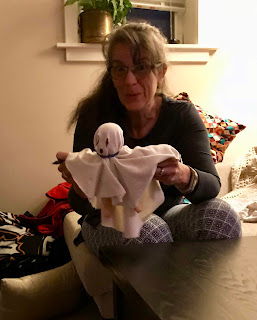 Dad donated an old white t-shirt and I cut out a large circle.
The Little One watched while I put the sheet over her doll and placed an elastic around the neck to hold it in place. 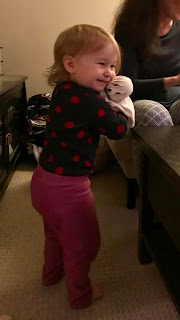 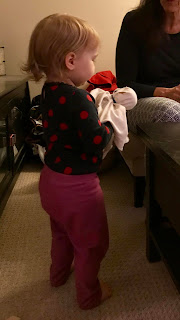 Then I cut out two eyes and drew on a mouth.
As you can see in the above picture she thought it was great. 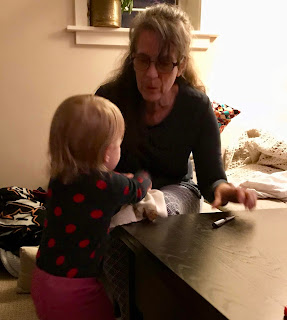 At the beginning but then she wanted it off of her baby. 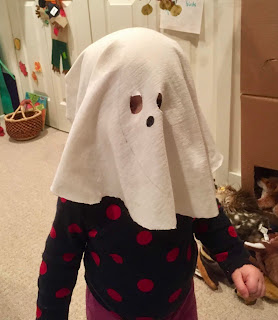 It was hilarious to see her, sometime later, wearing the ghost costume herself. 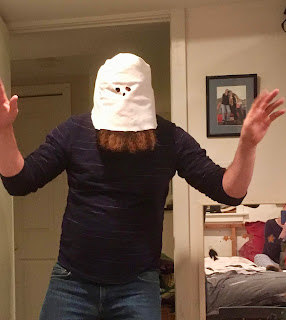 Of course Dad had to try it too.

Posted by StrongStart at 3:28 PM