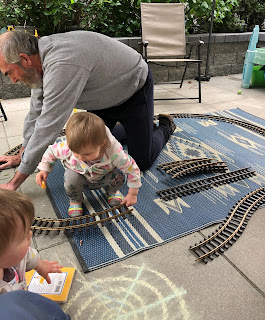 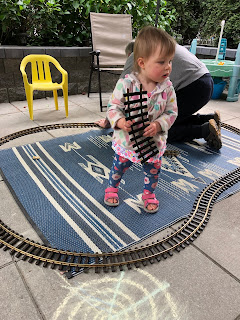 Opa brought some of his trains for the little ones to play with at their house. 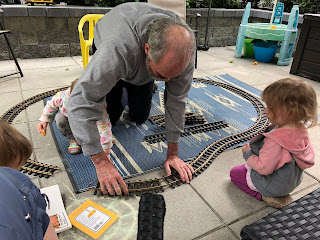 They were eager to help although I don't think Opa found them very helpful. 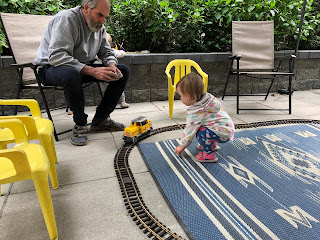 They loved watching the train. 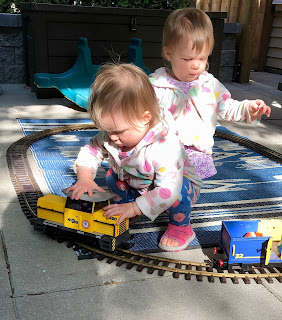 And playing with it.  Trying to put it back on the tracks when it derails.
Or just playing with the individual cars. 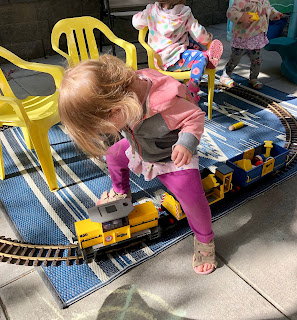 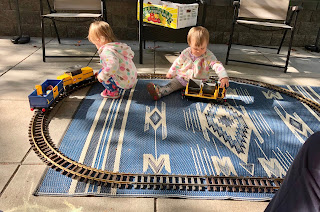 Taking the cars off and on the track. 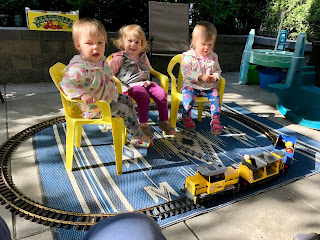 When it became a little too hands on we set their chairs up in the middle as a viewing platform.
We started singing a song that we learned at Carolina's StrongStart.
"The Goodbye Train" 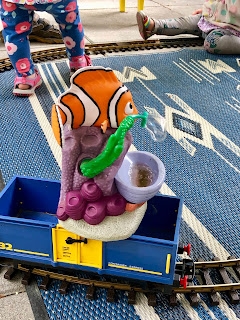 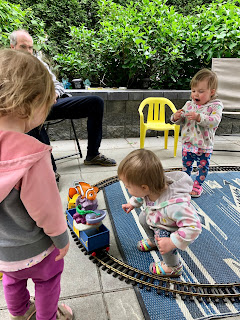 In the afternoon our bubble blowing fish was loaded onto one of the cars which added more excitement.
Following the bubble train. 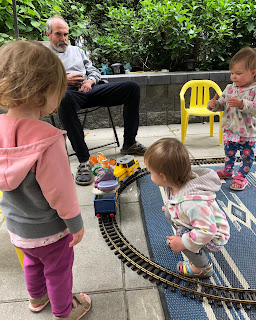 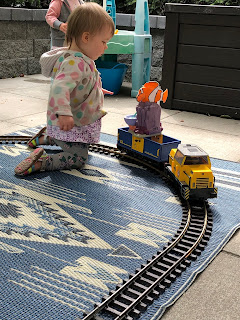 We all love trains!

Posted by StrongStart at 1:30 PM

Email ThisBlogThis!Share to TwitterShare to FacebookShare to Pinterest
Labels: bubbles, Opa, together, trains